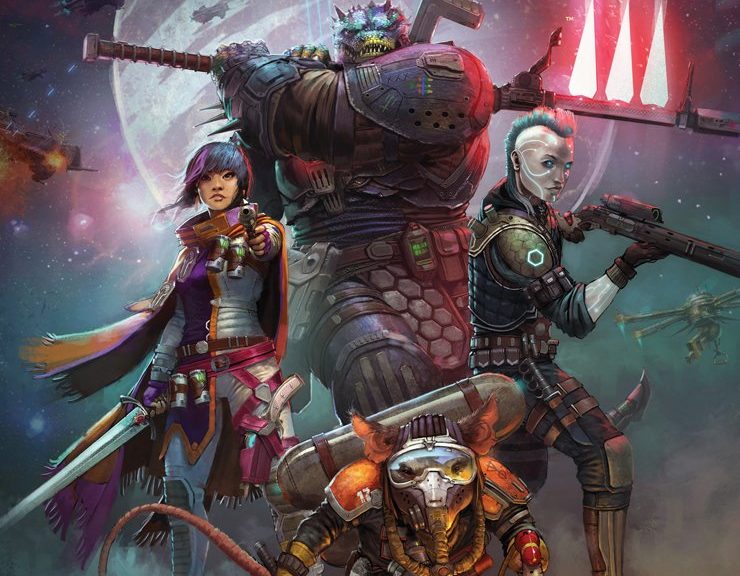 I was just beginning to play D&D. It was the 90s, and AD&D 2nd edition had only been out a couple of years. My buddy Patrick Stutzman was running his homebrew game, which we called the Alliance (short for Trevor Interstellar Alliance).

The Alliance game was a hodge-podge of sorts, drawing inspiration from many sources (GURPS, Star Wars, Star Trek, Babylon 5, and beyond). Our characters served first aboard a starship, then aboard a space station orbiting my character’s home planet, Hyrkul.

Basically, the Alliance was the equivalent to Starfleet in Star Trek, with some differences. Hyrkul was a world of magic, and so the Alliance studied it from a scientific perspective. We fought dragons with lasers. Totally fun.

Here we are, over 25 years later, and we have Starfinder. I would like to think that, had Starfinder existed back then, it would be our game of choice. I’ve been looking for a good science fantasy D&D-based system for a long time. I think I may have found it.

And who knows, maybe someday we’ll have a reunion.