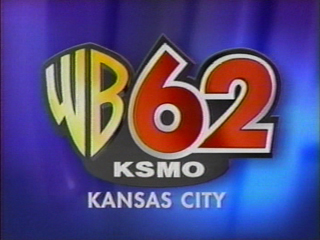 I had grown up watching WKRP in Cincinnati. Loved the show. The characters were great, and who didn’t want to be Dr. Johnny Fever?

It wasn’t until high school, though, that I fell in love with broadcasting. I was approaching my senior year, and had already taken some journalism classes. I got the chance to tour KMOS-TV and KCMW-FM at Central Missouri State University (CMSU) around my senior year. It was love at first sight. I knew from that moment what I wanted to do with my life. I was going to be a broadcaster.

I spent over three years at KMOS-TV and even a short jaunt at KCMW-FM (now KTBG-FM). During the time, I learned my craft and met many friends. The broadcasting program at the school had its flaws, but the stations were great. I was lucky enough to have a good mentor in the form of Fred Hunt, a man whose passing has been way too soon. I wish he was here now so that I could seek his advice once more. I was lucky to have him when I did. He was a role model and an inspiration. This was a time when I did broadcasting in a pure form.

Afterwards, I got into corporate broadcasting. This was a time of growth, and an understanding of the real world. I had some good times, but my young naiveté didn’t prepare me for certain realities. It was during this time that I moved into traffic, as our traffic manager at KSMO suffered a horrible accident that paralyzed her. Her sister, Libby, was also in the department. Libby became a good friend and taught me all I knew about traffic. Libby eventually left the station. I was on my own, and advancement up the ladder seemed the natural course. I came to realize that the American dream of climbing up the corporate ladder was false. My faith in the system was shattered. Promises of advancement were broken, and for the first time, I encountered betrayal.

I moved over to KCWE-TV. They offered me an out from KSMO and a pay raise. I took it. The environment wasn’t quite what I expected. I was in a place where there was me and seven women. Normally this is not an issue, saved that they had certain discussions that really shouldn’t have been in the work place. I met my friend Donna there. Donna taught me much. She had a singular wit, and gave me strength to stand up to oppression. I discovered courage.

Donna also gave me the idea to work in advertising. I eventually went to work for Barkley Evergreen and Partners (now simply Barkley), again in traffic. This was my longest stint ever at a job, lasting 7 years. It was a fantastic place to work. It was also at this time that I learned there was a life outside of broadcasting and advertising for me. I discovered the online Dragonlance community, which led to one of the greatest accomplishments of my life – the Dragonlance Nexus. My career really stalled at this point, but I grew as a person exponentially. I became a writer, an online administrator, and a game designer.

All good things must come to an end, and so I moved on. It was a career disaster, and I found myself without a job. I decided to go back to school, learning web design at DeVry University. I began to reinvent myself. It was at this time that I got a job at KKFI-FM as Chief Operator. Suddenly, I was working in the same position that my mentor, Fred Hunt, had worked. I had value as a broadcaster again. I was a broadcaster reborn. I still had to do some traffic duties, but it was a far cry from what I did at other stations.

KKFI had its own unique climate. I’ve had the pleasure of working with some fantastic programmers. I’ve had my downs as well. I am proud, though, because I stayed out of the inner politics and focused on my job. Based on the reactions I got when I turned in my resignation, I feel that I did a good job and had earned a great deal of respect.

Now, after 19 years, half of my life, I have said farewell to broadcasting. This was a hard decision for me, as I’m saying goodbye to a field I’ve worked in since I was 19. Looking back, my degree provided for me. And yet, I landed up going directions not intended. I’ve had some really good times, some bad times, and many times in between. I’ve learned much about the world and have grown.

Now, I have a new love in web design. It’s a love I developed working with the Dragonlance Nexus. I was afraid at first, as I wasn’t an artist and this was all new. But now that I’ve done it for a while, I found something else that I like and I’m good at.

It’s an exciting time, but one that is fraught with a sense of uncertainty. I believe that there are more opportunities in web design, and I believe as well that online media is the future. So maybe I’m saying farewell to broadcasting, but at the same time, perhaps I’m just moving on to a form of media that rivals radio and TV.

With all my love to my fellow broadcasters…