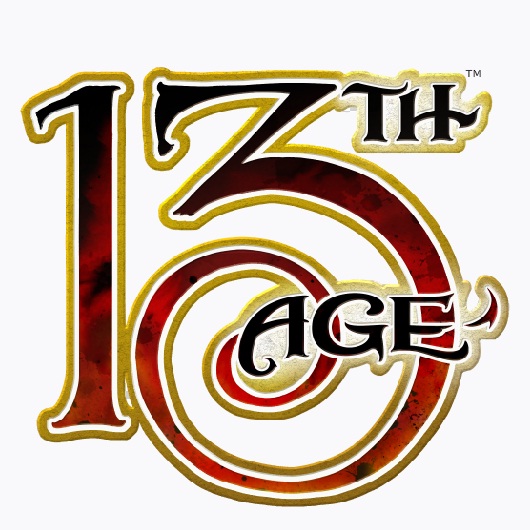 Yesterday, I got to play another 13th Age game! Overall, a lot of fun. I’m still getting used to this new system. This was a new series of adventures.

The game was held at The Basement Games and Hobbies. It took me a while to get there (stupid phone). The Basement, while big and spacious, has little product to sell. Two walls of stuff, from what I could see. A small RPG section, and what appeared to be more minis and board games. I’m not certain how the place is staying in business. Still, it was very friendly and welcoming, and we had plenty of room.

I got to see a number of the same people, with a couple of new faces. Everyone was doing new characters (save me, who played the same character as last time). We were each given a magic item. I got eel skin boots that allowed me to disengage a bit easier. They were a gift from the Prince of Shadows, one of the icons of 13th Age.

We were on the trail of the Black Sky (or was it Star) Diamond. This is a huge diamond that took four kobolds to lift. We went through a portal at one point, and we were on our way.

One of the neat things about the game is that we had a storytelling element to the journey. One player starts out, tells a problem that the party had to solve along the way. The next player tells us how we solved it, then presents another problem. This continues until it gets to the final problem solved by the original player. We had a lot of fun with this.

Most of the rest of the game was combat with kobolds, archers and dog riders. This time, I focused on getting those Battle Cries in. Basically, make an attack. If your attack meets the trigger, a bonus effect goes into place. I did so successfully, but I will say that it felt weird for a bard to do that instead of a warlord type of character. I much preferred focusing on songs like I did last time. I felt like I had a greater mastery over the character, though.

All in all, it was fun. I think this particular adventure will be better once we get it going.

Today, I got to play 13th Age at The Roleplayers Guild of Kansas City, Ltd. game day at Game Cafe. I’ve been itching to play a bard, and I played one that was very different than any other I have seen. I played a pirate bard.

My character was Captain Sam Bellamy (named after an actual pirate). His basic story is that he is a pirate captain who dared to sink a ship of the Emperor…who later repaid him in kind. Down on his luck, without a ship or a crew, he’s trying to survive by his whits and his musical talent. I figure he looks a lot like Captain Hook from Once Upon a Time.

I also took some inspiration from the Musical Blades. I think the song Brave and Mighty Captain kind of sums it up. In fact, one of my character’s backgrounds is Musical Blade. He was performing at the local castle when everything went haywire.

His intro to the party was perhaps the best intro I’ve ever had with a character. He was hanging upside down inside a spider web cocoon.

We had a castle full of undeath to tackle, and finally made our way to the big boss at the end. And this is one of the most unique monsters I’ve ever faced. It was a mechanism that was attached to the castle, causing the castle to shift. It spat razor-sharp cogs at us, and was powered by 12 dead wizards.

So, mechanics-wise, the bard is one of the most challenging classes to play in 13th Age. I tried to work in a battle cry, but I didn’t quite get it. I need to work on that more. One of my bardic songs was a Song of Heroes. So my character sang about the greatest hero he knows – himself! He also used a Song of Thunder to help take the huge mechanism down.

This was the most fun character that I’ve played in a long time. The rules are going to take a little getting used to, but they are familiar enough. It’s D&D, and yet it has its own vibe.

The best part is that this has a chance of becoming a regular monthly game. Which is great, because I absolutely LOVE this group!