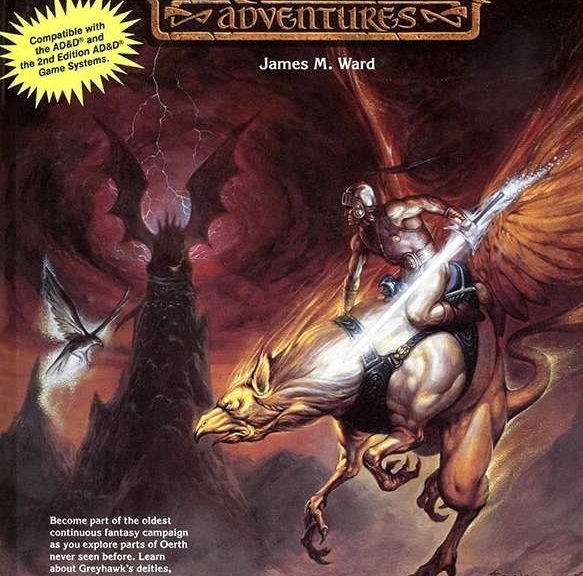 I would love to see Greyhawk done for 5e, but I’m not sure if Greyhawk fans would even truly want it. Many GH fans don’t want changes/updates to the world, or even the game system updated to 5e. And that’s fine. If that’s your jam, go for it.

It’s also Gary’s world, and I know some folks might be intimidated by making any major changes to it.

Wizards of the Coast is going to be supporting their main D&D product line, which is 5e. As such, you should expect to see some 5e-isms in the setting. New players to the setting will want to be able to use any of the race and class options in the Player’s Handbook. If limiting the race and class options are what you want to do in your game, that’s fine. However, I feel it’s a better business decision to be as inclusive as possible.

With my work in Dragonlance, I try to follow that very notion. For example, I don’t say we can’t have warlocks because we’ve never seen them before. I try to see how they might fit in the setting. Thorn Knights, anyone?

I also feel that WotC is doing the right thing from a business perspective of taking popular elements from GH and having them show up in the Realms. I get how that may be frustrating as those classic dungeons (example) were a huge draw for Greyhawk.

So where can Greyhawk shine?

First, I think WotC is going to revisit more of those classic adventures, if Ghosts of Saltmarsh is any indication. I think it’s the right thing to do to say that X adventure originated in GH, but here are some conversion notes for other settings.

Second, I think that if a GH setting sourcebook is to be made, it should be a sourcebook that shows how to make a sandbox setting, and give some history on the crafting of Greyhawk. Maybe give some ideas on how to expand the setting. They could also do this with Nentir Vale.

Third, I think some notes on how to make a grim-and-gritty setting would be good. What sets that apart thematically from high fantasy?

Anyway, those are my thoughts. What do you think?